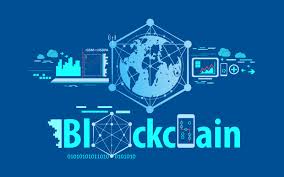 The History of Commerce

The men and women of this world have been trading since time immemorial. Trade or commerce has always been important to societies and civilizations for a very long time. This is because without trade people would not get access to what they need or want.

As trade became more formalized in the past, several things became obvious. Most importantly, societies realized the need to make commerce free and fair for all. This was to prevent the powerful and more dominant players in the society from becoming even more powerful and dominant. And it was also to make sure everyone benefits. This is how public markets became a thing in ancient societies and continue existing to date.

And it is also how capitalist markets came to exist. Because open and competitive markets ensure everyone benefits. The traders benefit and so do the buyers. However, this has not been the case with the e-commerce market or environment. More details in a bit.

The Evolution of Commerce

The development and subsequent spread of the internet changed commerce forever. It led to the emergence of a new form of commerce i.e. e-commerce. And once e-commerce became a thing, many businesses saw the opportunity to expand their client base. Some went from local to regional, others from regional to national, while others became global.

Through the internet, people can now buy goods or services almost from anywhere in the world. This has made trade more efficient. It has also increased the selection or variety of goods and services people have access to. However, the internet has also led to the emergence of very powerful and dominant players in the commerce/ e-commerce market.

One such player is Amazon.com. While years ago Amazon.com was a torchbearer in the e-commerce industry and a massive enabler for merchants and sellers, it is no longer what it used to be. The company, for example, is increasingly charging sellers more to sell on its marketplace. This is despite the fact that they offer little more than an online marketplace for selling goods. Moreover, the company is also increasingly adopting requirements or policies that are not very pro-merchants.

Many e-commerce industry analysts are noting that they are becoming more focused on making money than on doing anything else.

Key stats about Amazon and other dominant players:

The stats above should reveal to you just how dominant Amazon and other players are. And these dominant players are making a lot of money. As of now, Jeff Bezos, the owner of Amazon.com is the richest man in the world. He is worth over one hundred billion US dollars. And this is despite the fact that the majority of sellers and merchants on Amazon are independent. So they not only have to pay high fees and meet tight requirements but also have to bear all inventory risk and the fulfillment costs.

And while Amazon is dominating in America and much of the rest of the World, Aliexpress/ Alibaba is doing the same in China and much of the Far East. Thus, what we have now is an e-commerce environment or market that has a couple of dominant players who are very powerful, care very little for merchants, and are focused mostly on profits and satisfying shareholders.

And since they are very dominant and almost have monopolistic power, they can add costs or fees to merchants and increase end prices for consumers without any worries.

How Tradezy.io is Fixing E-commerce

The pioneers in the cryptocurrency industry always had a common dream – to use the blockchain technology to decentralize or replace monopolistic central banks that control how we use money, what we use money for, the fees we pay, and so on. This dream is still on and it is expected that at some point in the future, cryptocurrency will break the monopoly of central banks.

One of the few teams at the forefront in the use of blockchain to fight against e-commerce monopolies is Tradezy.io. The team behind the marketplace is made up of experts with years of experience in the e-commerce industry. Tech experts are also working with the team behind the scenes to ensure success in the fight against big and domineering e-commerce players. Players who have become so powerful and so wealthy and that are using their influence and money to control the global e-commerce business.

The number one issue that the Tradezy.io sort to address in the fight against big e-commerce players is the use of technology to eliminate excessive costs such as high monthly fees and commission percentages. Because in addressing this, the team behind Tradezy.io figured they could help both merchants and consumers. The team has done this and it is cheaper for sellers to operate on it and customers are finding goods on the platform to be cheaper to buy since sellers don’t have to pass on high fees to them.

Essentially, Tradezy.io is a blockchain-based marketplace for e-commerce. It has eliminated the high costs of doing business for e-commerce merchants resulting in very low prices for consumers as the merchants do not have to pass excessive costs to them. In addition to low prices, consumers on the platform also enjoy security and convenience.

Below is how exactly tradezy.io is changing e-commerce trade:

1.  By decentralizing the e-commerce trade

Perhaps the very best way of fighting e-commerce cartels is the decentralization of e-commerce transactions. This is exactly what Tradezy.io is doing. Through the creation of a P2P (peer-to-peer) aspect in transactions, Tradezy.io is making it easier for merchants to do business. The marketplace is removing the excessive costs or “Monopoly Tax” that the big players are charging for simply giving merchants space to sell their products. This is helping to beak the e-commerce stack and bringing more competition to the e-commerce market.

In the past, big e-commerce marketplaces like Amazon.com and Ebay.com were able to become mammoth corporations by conveniently connecting merchants and consumers and by protecting their marketplaces from bad actors. However, using their powerful data analytics, the marketplaces increased rules and requirements for merchants and soon it meant only a handful of suppliers were left to provide certain products. When this happened, the companies increased commissions for the products for more profits.

What Tradezy.io is doing right now is to use blockchain technology to make it easier for sellers to do business while eliminating the likelihood of monopolies forming using the platform. In other words, Tradezy.io is leveling the playing field for players in the e-commerce industry.

One way it is doing this is by making powerful inventory data public. For example, while in monopolies like Amazon.com and Walmart.com inventory data is private and proprietary, through using the blockchain structure Tradezy.io has made inventory data public to the sellers and merchants. Thus, anybody can know about the products that are doing well and their prices and the merchants behind them. Such information can help new sellers to strategize and to compete on equal footing with bigger and more established merchants.

Another way Tradezy.io is using blockchain technology is to add the reputation of consumers and merchants to the blockchain and making this public. By doing this, the marketplace is making it easier for buyers and sellers to utilize their reputation in various ways in the marketplace.

The blockchain technology is also being used on the marketplace for fraud protection. This is ensuring that everyone is receiving the best security on the platform. There are many other ways Tradezy.io is planning to use blockchain to decentralize e-commerce and make things significantly better for everyone.

It is obvious that many people are more likely to buy products from the e-commerce monopolies than from alternative marketplaces like Tradezy.io. However, through the use of a native token, Tradezy.io is attracting online shoppers to sign up and become loyal.

For example, the tokens are as of now being used by merchants to reward consumers for their loyalty. The consumers feel more brand ownership and obligated to shop more on the platform because of the tokens which they can use to get discounts or to get certain goods or features for free.

The tokens can also be rewarded by merchants to consumers who use crypto payments rather than traditional forms of payment. The merchants can do this because they are saving a lot of money that would have otherwise gone to traditional payment service providers such as credit card issuers.

So tokens are being used to attract and motivate consumers to use the marketplace instead of the e-commerce monopolies.

As mentioned earlier, open and healthy competition is what makes economies thrive. It is what provides variety and keeps prices low. However, through various factors, the e-commerce economy or market is not very competitive. Some organizations on the market are just too powerful and too monopolistic. They have very high operating costs for sellers and charge high commissions. They additionally have many restrictive or hostile requirements for sellers.

However, through the use of blockchain and other technologies, Tradezy.io is slowly changing the rules of the game. The marketplace is offering sellers an alternative, cheaper, more efficient, and decentralized way to do business. It is offering them more power and abilities than what the monopolies are doing right now. And it is also attracting consumers through the use of a blockchain-supported native token reward program.

In the next few years, it is very possible that tradezy.io will have broken the tight grip of monopolistic e-commerce companies on the e-commerce marketplace.