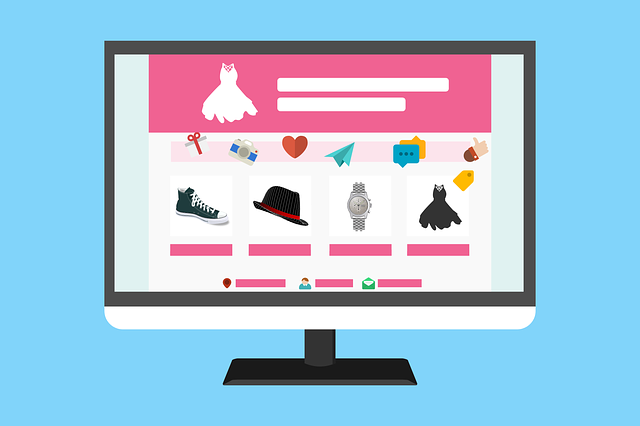 The Solution to Some of The Most Common E-commerce Problems

Unless you have been living under a rock, you must have witnessed, heard, or seen for yourself the meteoric rise of Amazon. The company has grown in leaps and bounds in just a few years’ time making its owner, Jeff Bezos, the richest man in the world.

In China, Alibaba has also similarly grown considerably over the last few years making its owner, Jack Ma, one of the richest men in the world.

What are the similarities between these two companies – they are both online retailers and their growth is kind of representative of the growth of the industry.

However, while the growth of the e-commerce industry is pretty obvious, what is not so obvious are the challenges or problems the industry is grappling with. The problems include privacy fears, chargebacks, and high transaction fees. But there is a solution that can solve most of these problems. And that solution is the use of cryptocurrency.

Challenges Facing E-Commerce Stores and How Using Cryptocurrencies Solves Them

In an article published in 2011 by a renowned university, it was noted that the growth of online commerce or e-commerce could be hampered by customer fears regarding online privacy. In fact, the article said such fears couple “cripple” the growth of e-commerce.

Several surveys published since then have revealed that many customers are concerned about their privacy and their security when shopping online. For example, one found that nearly 50 percent of shoppers do not fully trust buying things online.

Another survey revealed that about 41 percent of customers have reported asking online stores to delete their data because of how they used it. Yet another survey showed that about 40 percent of online shoppers were concerned about how their data was used with the majority calling for more laws to control how companies gather and utilize personal data.

More and more surveys have generally shown that customers do not like companies retaining their information for whatever reason including “to improve their experience” as claimed by the vast majority of companies.

Even Amazon shoppers have not been left behind by such surveys, with one, in particular, showing that only 32 percent of those who shop with the company believe it respects their privacy.

As you can see from the information above, many customers are very concerned about their online privacy when buying stuff online. But while privacy fears and concerns are real with traditional payments such as cards, they are not with cryptocurrencies. This is because cryptocurrency transactions are very anonymous. When one pays with cryptocurrencies, it is very difficult to know who they are. It is also very difficult to track them as no names or addresses are shared with such transactions. So they don’t need to worry about privacy or about their information being used in ways they don’t like. They can shop peacefully with zero concerns.

So if you are an online seller or store owner, you can provide your customers with the privacy they need by accepting cryptocurrencies.

Across the World, there are about two billion adults who do not live within the formal global financial sector. They are the unbanked. It is not as if they do not have money to save or shop, they do. They just do not use formal systems e.g. banks, credit cards, checks, and the likes.

These people have been cut out from the e-commerce world because the players in that world only accept credit cards and the likes. This is a challenge but an opportunity at the same time.

Why? It is a challenge to retailers because it means they are only dealing with a percentage of the world’s adults and are, therefore, leaving millions out. While it is an opportunity for other e-commerce sellers because it means through accepting cryptocurrencies, they will be tapping into a massive market. And while all 2 billion people who are unbanked won’t jump onto the cryptocurrency wave just like that, most of them will because it offers them privacy, lower transaction fees, and several other benefits.

So as an online store owner, you can target the unbanked by accepting cryptocurrencies and publicizing yourself. And within a couple of months, you could be the go-to store for those who want to pay using alternative means.

Scam reviews are a big problem for most e-commerce businesses. And while you may think only a dozen people or a hundred fake reviews every now and then, the problem is much more serious.

So why are these big players worried about reviews? Well, it has been shown that product reviews heavily influence purchase decisions. For instance, the more positive reviews there are about a product, the more likely people are to buy it. Some shoppers have also in the past admitted that they are more likely to buy anything on a platform that allows them to leave a review. Now that you see why companies value reviews, you can also understand their frustration with fake reviews.

According to Investopedia.com, the term chargeback refers to the payment (charge) that is returned to the originating credit card after a successful challenge by a customer. Chargebacks are a major problem in the e-commerce world. For example, over $6.7 billion USD in revenue was charged-back in 2016 alone. That is $6.7 billion lost revenue. Experts predict that this figure will rise to $31 billion USD in 2020. That is a lot of money lost by sellers.

Obviously, online sellers can dispute the chargebacks being made or attempting to be made by buyers. However, the success rate of such disputes is usually low.

So from the figures of the total amount of chargebacks online businesses have to deal with to the low success rates of disputes filed against the chargebacks, it is clear that chargebacks are significantly and negatively affected businesses.

As an online seller, you can avoid the issue of chargebacks by starting to use cryptocurrencies. This is because one cannot reverse cryptocurrency transactions. Once a payment has been made and accepted, it can only be reversed by the receiver if they wish.

So an online seller who accepts cryptocurrencies, you will not need to worry about chargebacks or fraudulent activities. You will then have all the time and peace of mind to focus on growing your business.

Perhaps the biggest reason why some people hate formal banking systems and credit cards is because of the high fees charged on transactions. And this is despite the fact that sometimes transactions take some time to be approved. Unlike credit cards and the formal banking system, perhaps the biggest advantage of using cryptocurrencies is that the fees are often very low.

This has been admitted even by reports released by major players in the formal banking system e.g. Credit Suisse Bank who in a recent report argued that digital currency and the Blockchain technology will likely improve efficiency in service delivery and eliminate considerable layers of cost.

High transaction costs usually affect both buyers and sellers. A survey conducted in 2014 revealed that many small and medium-sized businesses in the U.S.A. refused to accept cards because of the associated high transaction fees. Another survey also recently found that nearly 3 million British businesses do not have a card payment option with some of the owners citing high transaction fees among the reasons why.

How much transaction fees do you pay when you use a card? You pay between one and three percent of your total as fees. The seller or merchant is charged between 2.5 and 4.5 percent. So that is nearly 8% fees total that is not going to the merchant. No wonder some merchants have their prices up to compensate for this.

However, as a merchant, you do not necessarily have to hike the price of your goods to compensate for the high transaction fees charged by banks and cards. This is because you can simply start accepting cryptocurrency payments and the transaction costs will drop immensely. Because remember, crypto payments are direct. No bank or card processor in-between to charge exorbitant amounts.

The cost of selling goods on various popular marketplaces such as AliExpress and Amazon is quite high.

Normally, sellers need to pay three types of fees: the subscription fee, the listing fee, and the commission fee for every item sold.

As you can see, these are all expenses sellers have to take care of. And add to these expenses, high transaction fees, taxes, and chargebacks and you will see for yourself how difficult it is to do business as a seller.

However, with the use of a marketplace like tradezy.io, sellers no longer have to pay an arm and a leg to do business online. They only have to concern themselves with improving their businesses and paying their taxes as every of the mentioned high expenses will be significantly lower.

Perhaps the biggest issue with using or adopting cryptocurrencies is the fluctuation of their prices. The price fluctuations can result in net gains or losses for sellers. Price fluctuations affect most cryptocurrencies because of the tendency of people to centralize or hoard such currencies. For example, only 3.28 percent of Bitcoin addresses own 96 percent of Bitcoins. Similarly, only 4.23 percent of Dash coin addresses own 96 percent of Dash coins. Hence any move by any one of these addresses to sell or use a significant chunk of their crypto money could result in price movements.

However, this is not a problem with AUDcoin. More information on how AUDcoin utilizes advanced economic models to prevent significant price fluctuations every now and then is available on our homepage.

The growth of e-commerce is being hampered by problems such as chargebacks, high transaction fees, high marketplace costs, and so on. The good news is that most of these problems can be solved through the use of cryptocurrencies.

So if you are a seller, embrace cryptocurrencies now to get a head start against your competitors and to improve your business tremendously.

There is no denying that there are some problems with cryptocurrencies. However, by choosing the right one and platform, you can avoid most of the problems and start positioning your business as a business of the future.